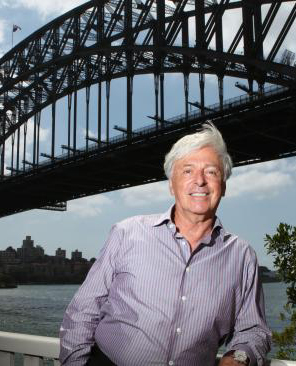 The owner of Polaris Films and producer of “Eyeless in Gaza”, Robert Magid has a varied career having been an economist, an investment banker, a toy designer and manufacturer, a director of a TV media company. He is currently an owner of a media company, hotels, restaurants and other properties.

His interests include photography, media analysis, scriptwriting and cinematography. Having lived in the Middle East he has a strong interest in this area.

Martin Himel is no stranger to the Middle East. Initially he was the Jerusalem producer for the American ABC News covering PM Menachem Begin, the Lebanon war, and the various peace processes. For the next 25 years Himel was the Middle East Bureau chief and correspondent for three major television networks CTV Canada. Global Television Canada, and Fox Television USA, covering among other events the Oslo Peace process, Gulf War 1 and 2, the Second Intefadah, the collapse of communism in Eastern Europe and much more.